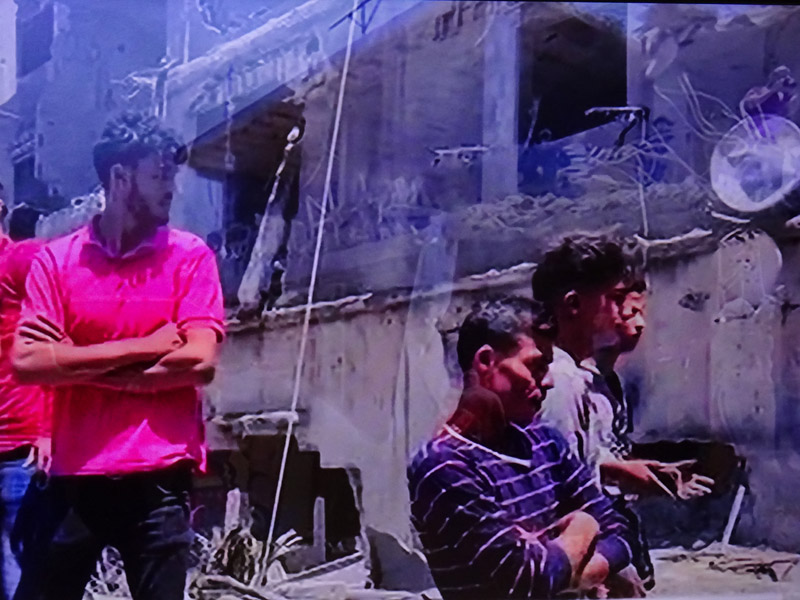 Joe Biden repeatedly states that Israel has the right to self defence, a statement which is literally true but designed to be misleading and is therefore dishonest.

In fact the opposite is true. Biden suggests that the aggressor, Israel, is the victim in this Israel/Palestine dispute. Israel has overwhelming fire-power, an endless supply of sophisticated weapons, jet planes, tanks, drones, guided missiles, high explosives much of it supplied by and even funded by the United States and is using this fire-power against two million defenceless civilians in Gaza. America is on Israel’s side.

Israel’s bombardment is almost exclusively of civilians, their homes, their means of living. Today (17 May 2021) the BBC reported that Israeli attacks in Gaza had destroyed roads and power lines. Yesterday they destroyed an apartment block that housed, amongst families, international reporters. On 12 May Offices of Gaza’s Interior Ministry were hit and all police stations were destroyed. 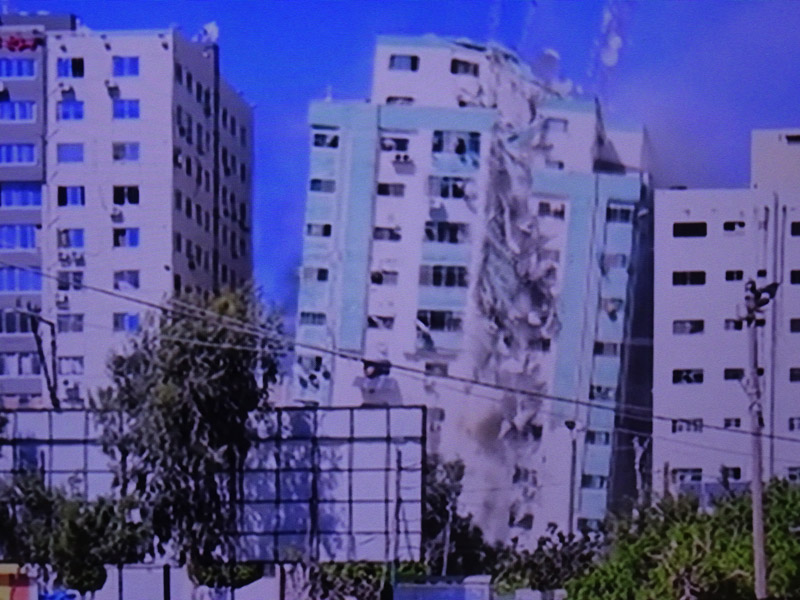 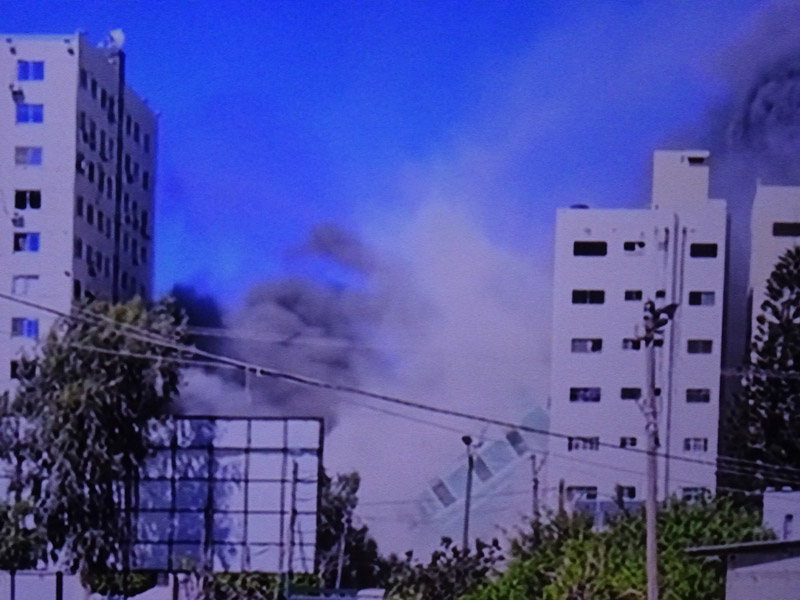 The Israelis didn’t blow out just a few windows of the apartment block and international media centre. The whole building went down in just a few seconds

What is the message of all this targeted destruction by Israel?

The message is, “We will destroy you. We will make Gaza ungovernable. We will make your lives impossible and we are taking steps to stop the world from knowing what we are doing to you.” I think the word for this is “genocide”.

Hamas and its rockets

True that Hamas who govern Gaza continue with determination but not effectively to fire their simple rockets at Israel, and that 10 Israelis have been killed as a result of hundreds of rockets fired. The rockets land in civilian areas (the few that get through) and this is wrong.

What can Hamas gain from firing rockets? – World attention.

They can expect more violence from Israel. BUT ALSO their cause may be kept before the attention of world leaders who are the only ones who can release Palestinians from their suffering. Their cause is their claim to have a right to freedom, respect, and life itself, free from Israeli control and abuses.

Was Hamas in the tower block destroyed by Israel?

US Secretary of State Antony Blinken 17 May 2021

Blinken, speaking at a news conference in Copenhagen, Denmark, said he has not seen any Israeli evidence of Hamas operating in the Gaza building that housed residences, offices and media organisations – including Al Jazeera – that Israel hit on Saturday. Blinken says he has asked Israel for justification for the attack.