For and against nuclear weapons - emails, mine and my MP

Thank you for contacting me about the UK’s nuclear stockpile.

The fundamental purpose of our nuclear weapons is to preserve peace, prevent coercion and deter aggression. A minimum, credible, independent nuclear deterrent assigned to the defence of NATO, remains essential in order to guarantee our security and that of our Allies. I would argue that it has worked in that none have ever been fired in anger by any side. Given this, advances in anti-missile technology require a larger volume of warheads in order for the threat to remain credible and thus peace to be preserved. 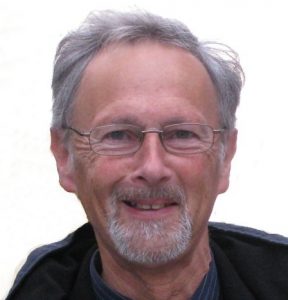 My reply. Why nuclear weapons are rejected around the world, are harmful and a misuse of money and talent

Dear Andrew Griffith
I very much appreciate that you are working your socks off and doing a great job for the constituency.
Thank you for replying to my email re our defence spending, especially our proposed increase in nuclear warheads.

Believing in nuclear weapons is an act of faith and I think you have made your choice, but I still hope that you will be prepared to look at reasoned argument and perhaps agree with some of the points below.

World opinion is against nuclear weapons

The majority of people in this country and almost every country and person in the rest of the world take a different view from you.

These are some of the reasons

Preventing coercion and deterring aggression would be good outcomes if they work. But several thoughts occur to me on this topic.

Honouring treaties is something Britain has been proud of, but increasing the number of our nuclear warheads is an extraordinary reversal of an agreement we have kept for over half a century. The government’s website proclaims our commitment to the Nuclear Non Proliferation Treaty. Claiming that others have improved their defences cannot justify what we propose doing.
The UK is a signatory and ratifier for The Nuclear Non Proliferation Treaty. The NPT remains the most widely subscribed to nuclear arms control treaty in history. 190 states have signed the treaty.

Explanation of significance of NP Treaty by UN Secretary General, 2018

The Nuclear Non-Proliferation Treaty is an essential pillar of international peace and security, and the heart of the nuclear disarmament and non-proliferation regime. Its unique status is based on its near universal membership, legally-binding obligations on disarmament, verifiable non-proliferation safeguards regime, and commitment to the peaceful use of nuclear energy”
UN Secretary-General António Guterres on the Fiftieth Anniversary of the NPT’s opening for signature, 24 May 2018, Geneva

“The UK remains committed to the collective long-term goal of a world without nuclear weapons, and supports the full implementation of the Treaty on the Non-Proliferation on Nuclear Weapons (NPT) in all its aspects. There is no credible alternative route to disarmament.”
https://www.gov.uk/government/publications/uk-nuclear-deterrence-factsheet/uk-nuclear-deterrence-what-you-need-to-know

[More about international treaties and conferences was included here. See other articles about nuclear weapons and the treaty on my blog.]

Other countries have reduced their nuclear arsenals

Russians have reduced nuclear weapons stockpile
At the height of the Cold War Russia/USSR had about 40 thousand nuclear warheads. Today it has about four thousand warheads.
Source: Federation of American Scientists. https://fas.org/issues/nuclear-weapons/status-world-nuclear-forces/

I think the people of Britain and the world will not understand or welcome what Britain is doing by its partial reliance and increased spending on a larger nuclear arsenal.
David Roberts
www.davidrobertsblog.com
PS May I have permission to quote your letter on my blog?
Andrew Griffith gave permission for me to quote his email.
David Roberts