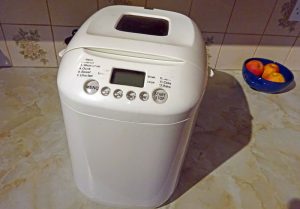 What service would you expect from a bottom of the range product, for example, a breadmaker?

We bought our unbranded breadmaker from Argos on 12 July 2011, almost ten years ago. A few days ago, on 27 November 2020 the motor still turned, but the “paddle” which mixed and kneaded the dough stayed still.

It cost £37-89. It made small loaves very successfully. Results varied with the mixes we put in. 100% wholemeal produced a dense loaf. Adding white flour to the wholemeal produced a bigger, lighter textured loaf.
Since the beginning of the first lockdown in March Julie has made a loaf nearly every day. Before that there were times when we used it a great deal, and other times occasionally when we bought bakers’ bread. Julie estimates that on average she must have made at least a couple of loaves with the machine each week.
Yes, we think this machine has done very well. Its limitations were that it could not produce really big loaves, and had only 12 programs. The maximum loaf size was quoted as 0.68 kilogrammes and produced loaves that were often too big for just the two of us. And in practice we probably used only one program more than 99% of the time.
We count ourselves very satisfied customers and will buy a similar machine again when they are back in stock. 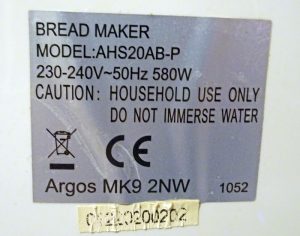 Today, Argos are selling a breadmaker which looks identical under the brand name of Cookworks and the price has risen to £44-99.

What are the alternatives? You can pay up to £150 for a breadmaking machine. More expensive machines make bigger loaves and some have more programs. 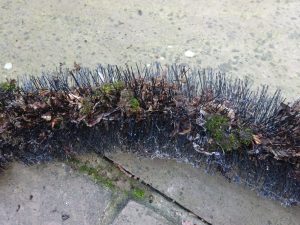 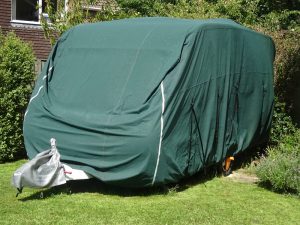 Caravan covers – Are they worth the investment? – My exceptional extended test